We all need friends.

I have some very special friends – some that I don’t see very often, but when I do, we take up right where we left off. 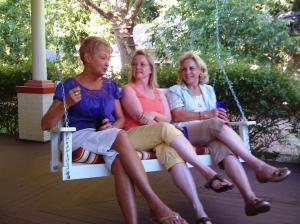 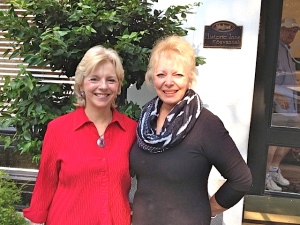 I am an American. Some of my friends are American but many of my friends live in other countries. We communicate by phone, email, or Facebook but there can be great lapses of time between each message. I often wish for a chance to catch up – to have a cup of coffee or tea with that special someone – a person I feel comfortable with, I can relate to, who understands me.

Although I consider myself a friendly person, not everyone I meet falls into that “special someone” category. There are those who do not share my interests, my values, or my faith.

God is the creator of all people, but not every person wants to be close to Him. I take encouragement from those who do and learn from their special relationship with God, such as these biblical characters:

Jesus makes it possible for each of us to have a personal relationship with Him. His miraculous birth, His sinless life, His sacrificial death and His bodily resurrection is a gift of grace to those who chose to believe in Him. There don’t have to be any lapses of time for communication – we can talk with Him constantly.  Especially comforting is – like Abraham – we are His friends. And like John, He loves us completely.

“Greater love has no one than this, than to lay down one’s life for his friends. You are My friends if you do whatever I command you. No longer do I call you servants, for a servant does not know what his master is doing; but I have called you friends, for all things that I heard from My Father I have made known to you” (John 15:13-15).

The wife of a man from the company of the prophets cried out to Elisha, “Your servant my husband is dead, and you know that he revered the Lord. But now his creditor is coming to take my two boys as his slaves.” Elisha replied to her, “How can I help you? Tell me, what do you have in your house?” “Your servant has nothing there at all,” she said, “except a small jar of olive oil.” Elisha said, “Go around and ask all your neighbors for empty jars. Don’t ask for just a few.” Then go inside and shut the door behind you and your sons. Pour oil into all the jars, and as each is filled, put it to one side.” She left him and shut the door behind her and her sons. They brought the jars to her and she kept pouring. When all the jars were full, she said to her son, “Bring me another one.” But he replied,” There is not a jar left.” Then the oil stopped flowing. She went and told the man of God, and he said, “Go, sell the oil and pay your debts. You and your sons can live on what is left” (2 Kings 4: 1-7 NIV).

Notice that when Elisha told the widow to ask her neighbors for empty jars, he said, “don’t ask for just a few.” What happened next was a surprise. It was something only God could do. If this widow had known how God was going to bless her, would she have asked for even more jugs?

Elisha’s mentor Elijah had a similar experience with the widow at Zarephath (1 Kings 17: 7-16). As she was preparing what she believed to be her last meal for her and her son, Elijah approached her. All she had left was a handful of flour and a little olive oil in a jug. Elijah asked her to prepare something for him first and then for herself and her son. Although the drought in the land lasted for years, Elijah promised that the food would not run out until the day the Lord sent rain on the land.

These women were destitute because they had lost their husbands and thus their support. One went to a man of God hoping for help. The other was not even aware help was available. Neither of them could have imagined how their circumstances could have turned out well. They were surprised by God’s miraculous provision for them.

In each case, God called upon His servants to use what little the widows had to bring about the blessing. A little oil filled all the jugs the widow had collected. Only then did it stop. A little flour and a little oil were not depleted until the rain came.

Jesus surprised more than one tremendous crowd by feeding them from a tiny supply of bread and fish. In these circumstances, not only was there enough for the people, but an abundant supply remained. Jesus had these gathered up so there would be no waste.

Similar stories of provision can be found all over the world today. No story is identical to another, but one thing is clear. God loves to surprise His children. He knows our special wants and needs and delights in arranging surprises for us.

Sometimes we miss out on the best of God’s surprises because we are not prepared to receive them. How can we prepare ourselves for the surprises God has for us? Simply by living expectantly in faith that what God allows in our lives is best for us. Now faith is the assurance of things hoped for, the certainty of things not seen…Now without faith it is impossible to please God, for the one who draws near to Him must believe that He exists and that He rewards those who seek Him (Hebrews 11:1,6).

Some people would like to believe that God promises blessings because we deserve it. These are those who would preach and teach that Christians should never be ill or poor. That is not the teaching of the Bible. Story after story proves that God blesses and provides for His people in adverse circumstances.

If what we hope for is to honor God – loving, obeying and trusting Him – His rewards will be both temporal and eternal.

Daniel remained untouched by the lions when he was thrown into their den. Shadrach, Meshach and Abednego were not even singed when they were thrown into the fire, but the men who tossed them in burned to death. Stephen – in the midst of being stoned for proclaiming Jesus – saw Him standing at the right hand of God. Paul and Silas – jailed for preaching Jesus – sang and prayed and then the angels opened the doors of the prison.

In “Making Each Moment Count: 21 Reflections on a Fulfilled Life”, Anne Bryan Smolin says in a chapter entitled “Expect Surprises”:

What surprises are waiting for me today? What graces will come my way? Who will carry the message? What will it be and how will it be packaged? Will I recognize it as gift?

Instead of deciding what my day will be like and what needs to happen, let me live this next 24 hours with abandon, open to the possibilities that dangle before me.

Anne has a good point. We often expect nothing or too little from God. We ask for small blessings when he desires to pour out His richest blessings upon us. Our God is not just a big God. He has no limitations. He delights in blessing His children who can give the glory to Him and who can in turn bless others.

George Mueller, a great man of prayer whom God supplied with the means – daily – for running the orphanages He had led him to establish, said, “Why should we limit either the goodness or power of God by our own knowledge of what we call the law of nature?” George Mueller lived expectantly and was accustomed to seeing God’s miracles on a daily basis.

Squire Parsons, a very gifted gospel artist, in his song “He will” expresses this idea perfectly.

Wake each morning with eager anticipation. Have faith in God and be prepared for His abundant surprises. Give Him what you have and He will multiply it or give you something even better.