Everyone knows that voting is a privilege. Not every country allows their citizens to choose their government officials. Even some countries who have elections rig the outcome, so that it is not really the voting of the people that elects an official. It is a charade.

I am very fortunate to live in a country where I get to have a say – realizing that even though my vote counts, the candidate of my choice may not be elected. I often say that I don’t have a right to complain if I don’t vote. So, I not only understand the privilege that is mine, but the responsibility that goes along with that privilege.

Voting is more than a right. My responsibility is not only to cast my vote, but to do so with as much information as possible. Unfortunately, that means filtering out the prejudice of the media and the innuendo of the opponents. In America, this has become more difficult than ever before. It is a shame that politicians don’t have enough positive things to say about themselves and their own agenda that they must take up their advertising time with accusations against the other candidate. 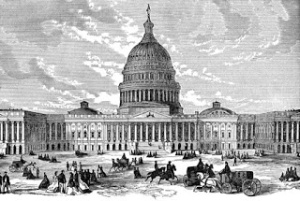 In the end, of course, only God knows whether what we say matches who we are and what we believe. He does make it clear, however, that He will judge us accordingly.

“For the mouth speaks out of that which fills the heart. The good man brings out of his good treasure what is good; and the evil man brings out of his evil treasure what is evil. But I tell you that every careless word that people speak, they shall give an accounting for it in the day of judgement. For by your words you will be justified, and by your words you will be condemned” (Matthew 12: 34b-37).