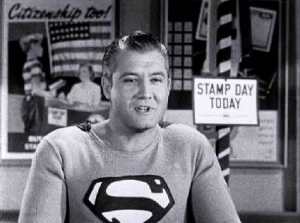 Superman has always been a favorite of mine. Starting out as a comic book hero in 1939, he has been around ever since. In 1940, the radio series The Adventures of Superman began. During that time, any one listening to it could probably describe Superman as “faster than a speeding bullet, more powerful than a locomotive, and able to leap tall buildings in a single bound.”

All the movies, old as well as new, and all the television programs, including the most recent Lois and Clark and Smallville, have had my viewing attention. They are good, fun and clean entertainment.

Superman has sustained popularity because every one wants to believe in a hero. Interestingly, Superman did not originate on earth. He came from Krypton, sent to earth by his parents as an effort to save him as their planet was being destroyed.

Found and kept by a loving couple in Kansas, he determined early on to use his super powers for good and not evil, adapting to his adopted planet. He accepted people’s shortcomings without giving into the temptation to become like them when their attitudes and actions were not consistent with his standards of honesty and decency.

Superman felt his disguise as a mild mannered reporter was necessary in order to be able to help others. At a moment’s notice, Clark Kent slips away to become Superman when he becomes aware of someone’s need. He wasn’t really a dual personality. Clark and Superman were one and the same. When people were caught in dangerous situations and could not help themselves, Superman showed up to do what would have been impossible for them to do.

Superman had his enemies, the most well known Lex Luthor. He feels like he can not do all he wants to do – control the world – with Superman around. He is always behind the scenes trying to connive a way to get rid of Superman. 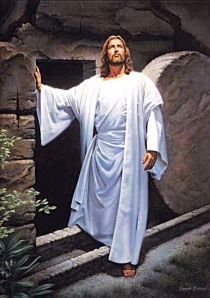 Jesus Christ, the Son of God, is no fictional character. He is real. He left heaven to come to earth to do for us what we could not do for ourselves. His real enemy, Satan, brought sin into the world and has been trying to control mankind ever since. Satan knows we are helpless to save ourselves.

The best definition of humility is strength under control. Jesus humbled himself to live among men so that He might save them. Jesus is both the Lion of Judah and the sacrificial Lamb of God. Instead of leaving the human race without any hope and helpless, Jesus chose to give His own life to save those who would trust Him.

Jesus is the only real hero there is.

[Jesus] emptied Himself, taking the form of a bond-servant, and being made in the likeness of men. And being found in appearance as a man, He humbled Himself by becoming obedient to the point of death, even death on a cross (Philippians 2:7-8). Whoever will call on the name of the Lord will be saved (Romans 10:13).