I subscribe to a writer’s magazine and follow several blogs submitted by their staff. The motivational tips on writing, information on the latest developments in the publishing industry, what kind of writing is currently attractive to readers, etc. keep me informed in an ever changing world. There is practically no way to keep up on all the pertinent information without help.

Theirs is not the only source I consult. I purchase books on writing, read what others write, fiction and nonfiction, and notice blogs where successful authors share their secrets and hints at sticking with their writing, no matter what. Some authors share how they conquer writer’s block. Others give helpful knowledge about grammar, word usage, punctuation and formatting.

Recently I read a guest post by Kevin Kaiser on Writer’s Digest entitled “What Bestselling Writers Do Differently Than Everyone Else.” Of his four points, it was the first one that caught my attention. Kevin said, “They are intent on seeing the world. Most of humanity hurries through the day in a fog, looking only where they need to in order to survive…But prolific and successful artists are students of the world around them. They pay attention because stories worth capturing are happening all the time right next to them. They just see it where others don’t. Eyes that look are common, eyes that see are rare.”

Kevin’s definition of an artist is “anyone who creates something that enriches the lives of others, whether that’s leading a vibrant organization, writing a book or singing a song.” 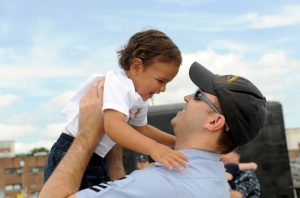 I think Kevin has captured the essence of a rich life – no matter what your occupation is. For instance, I heard an extraordinary speech given to military cadets. The speaker showed pictures of men and women he had worked with – some who had given their lives for our country. Along with the pictures, he told their stories. His speech was so moving and inspiring because he actually saw the men and women who served under him. He paid attention to them. Kevin said, “Eyes that see are rare.” This man’s eyes were definitely in that category. Anyone serving in his unit would know that he was not just a number or part of a unit, but that he had value.

At one point, Jesus’ disciples asked Him why He talked to the people in parables. In His reply to them, He said that He spoke in parables because “while seeing they do not see, and while hearing they do not hear, nor do they understand.” Kevin Kaiser may not have realized his observation “most of humanity hurries through the day in a fog” had spiritual implications, but it does. He was right. “Eyes that look are common, eyes that see are rare.”
Blessed are your eyes, because they see; and your ears, because they hear (Matthew 13:16).