Viewing Nova’s “Rise of the Drones” perked my interest and caused me to do a little extended research.

Unmanned Aerial Vehicles or drones come in various shapes and sizes. Although generally controlled by someone on the ground, they can also be operated by onboard computers.

The Robobee – weighing less than a tenth of a gram and half the size of a paper clip – was designed to help with the declining bee population. These robot bees would be capable of flower pollination, climate mapping, traffic monitoring and surveillance. 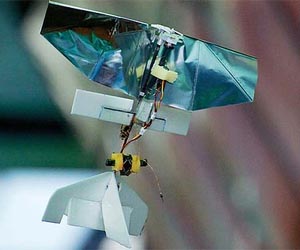 The Dragonfly DelFly (another very small drone) has a vision system consisting of a tiny computer and two cameras. The computer processes the images from those cameras in much the same way humans do, essentially giving it 3D vision. Intended uses include everything from detecting ripe fruit in greenhouses, mapping abandoned buildings to masquerading as fairies at a theme park. 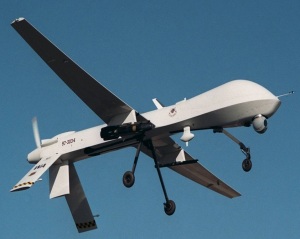 The most recognizable and combat-proven Unmanned Aircraft System is the Predator. It is the first weaponized UAS, features precision air-to-ground weapons delivery capability and is extremely reliable. Its performance is greatly enhanced by its Electro-optical/Infrared video cameras. However, those cameras have a limited field of view and details of key objects can be lost when objects get out of range.

The Argus-IS (Autonomous Real-Time Ground Ubiquitous Surveillance Imaging System) moves several steps forward. Its highly defined camera – developed by combining 368 imagining chips (like those in a cell phone camera) – results in a 1.8 billion pixel image stream. It can be attached to the belly of an UAV like the Predator resulting in an incredibly detailed view of a large area such as a medium size city. From 17,500 feet up (roughly equal to 3-½ miles), objects as small as 6″ can be seen. On display, it is possible to open a window showing a detailed area while still maintaining the broader context.

Scientists will continue to develop highly refined cameras that can see smaller objects from longer distances with clarity. Regardless of one’s opinion of the desirability of this kind of surveillance, it is here and will inevitably be used for good and for bad.

I try to remember that what I see is just part of the picture. There is a broader context to my life and yours. God sees everything – big and small. We are never out of range. His perspective is unique. At the same time, He knows every detail and the whole story – the beginning and the end. His purposes are pure and good. I’m grateful He is in control.

“Nothing in all creation is hidden from God’s sight. Everything is uncovered and laid bare before the eyes of him to who we must give account” (Heb. 4:13, NIV).